Sticks and Stones Break My Bones

“Don’t stand directly in front or directly behind the machine.  It throws sticks and stones.”

Good advice from the operator of the mulcher who was giving us a demonstration of his forestry mulcher, a grinder powered by a 299 D2 XHP Cat.

Having recently clear-cut about ten acres of trees on my ancestral home property I face some difficult decisions. The logger stacked the slashings in preparation for burning… the standard practice but esthetically ugly. 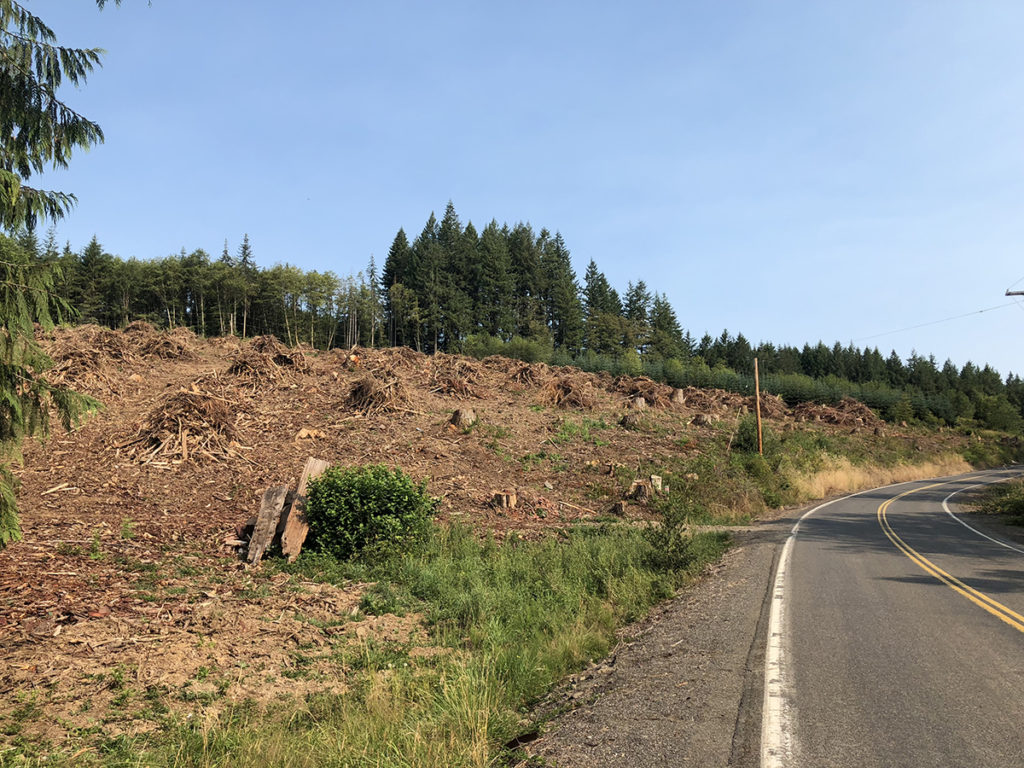 I applied to the Oregon Department of Forestry for a burn permit. The inspector counted the piles of slash (170), an estimated 700 tons of burnable material.

Burning is not a happy choice for my neighbors. Air quality suffers. The thought of seven hundred tons of greenhouse gases and particulates released into the air bothered me.

The soil suffers too. How much harm is caused is debatable.

In my younger years we cleared ground to grow strawberries… we burned stumps left by loggers in the heyday of the “cut and run” timber barons… for years after we could still see where every stump was located… our plantings would be stunted or die. Apparently the soil had been sterilized.

I am not happy with the idea of burning the slashing… polluting the air… sterilizing the soil.

A neighbor recently purchased a forestry mulcher, so he suggested an alternative option.

I have already paid the expense for having the slash stacked. Mulching is relatively expensive. Big mulching machines cost big money… operators cost big money … I’m a small forestry operator. Ten acres is a drop in the ocean of forest land. I don’t reduce costs by operating in volume. My “renewable” forest is forty years away. I will be long dead and gone.

The economics of “cut and run” are appealing. The next generation will bear the burden of what I do. I won’t be around to see another forest growing on my land, but I am around to see the piles of slash mar the scenery. I feel an obligation to use best practices, restore the forest and remove the ugly stuff.

Replanting the trees is required… that’s not an issue… removing the slash is the issue. I can mulch, burn or I can leave the piles of slash and plant trees around them. Ten years from now the piles will not be visible. Eventually the slash will rot into the ground. The nutrients will be slowly added to the soil instead of rapidly released by fire.

The question is: what is the best practice?

No one is willing to state the best practice at this point… so, what I do is up to me and my conscience.

“Be not the first to try the new or the last to lay the old aside.” Alexander Pope

What would you do?

Stay tuned for the big decision.

For another solution read about BioChar on CountryTravelerOnline: