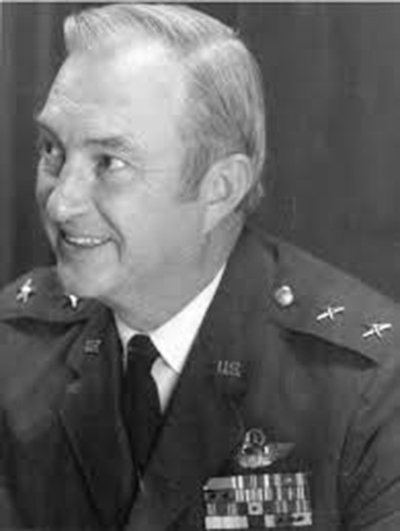 “Let’s restore Grandpa’s jeep,” said my son. He had fond memories of riding around the farm with Grandpa driving the jeep… “That jeep could go anywhere… Grandpa called it a goat. It could do anything except stop. The brakes were terrible… non-existent… Sometimes he had to run it into a tree to make it stop.”

According to body style Grandpa’s jeep was a CJ2A. The Oregon license plate was issued in 1956 and the last tag update lasted until 1986. Between those years the jeep saw a lot of action hauling deer and elk carcasses out of the woods. He removed the canvas top and replaced it with a plywood cab.

When dad retired from hunting he parked his jeep under a big Douglas fir tree where it collected a covering of fir needles. Occasionally he used it to haul grandchildren around the farm.

Since Grandpa died his jeep has been collecting rust and losing parts.

The jeep turned into a midnight auto supply for neighborhood thieves. First the hood disappeared, then the radiator and the winch. Someone removed the air cleaner from the carburetor and a spark plug from one cylinder… perhaps they were trying to decide if the engine was worth stealing and they didn’t bother putting the air cleaner or the spark plug back in place… so rain water seeped in and completed the ruin of the engine.

We plan to remove the homemade plywood cab… remove the rusted-out tub… if the frame is in good shape we would replace the engine and install disc brakes… install a new aluminum tub… it is going to be a big project and not much of the original jeep is going to remain.

It might be easier to get a new jeep… but only one jeep can be called “Grandpa’s Jeep.”

“There are old pilots, there are bold pilots, but there are no old, bold pilots.” Sage advice from the elders. Pay attention to my words young fighter pilots… lend me your ears and I will tell you a tale.

I flew the first supersonic jet fighter. The F 102 Delta Dagger… known to the pilots that flew her as the “Deuce.”

Flying past the speed of sound, labeled as “Mach One” was a big deal because it was a new experience. The opportunity was rare. Supersonic flight was the realm of a few test pilots and select military pilots.

Flying at supersonic speeds at 40,000 feet was anti-climactic. The sensation was reduced to an instrument reading since outside speed references were distant. Passing through the speed of sound was noticeable. The banshee shriek of air molecules rubbing against the airplane went silent while the airplane was supersonic. Above Mach One the outside world is silent.

On the deck, down in the weeds, it is a different story, outside references whiz past… trees… rocks… clouds… boats… speed became apparent.

My favorite stunt was to level off just on top of a cloud layer… submerge the airplane in the clouds so just the canopy was exposed… then push the throttle forward. What a rush! I imagined what the scene would look like… a canopy bump followed by a vertical stabilizer… like a shark cruising the surface of the ocean. A supersonic shark hunting for prey!

That brings me to my story: One day I was scheduled to fly a low-level target mission out over the Pacific Ocean. My assigned altitude block was 2,000 feet or below. Upon arrival at the initial point I found the perfect cloud layer… flat as a table… perfect for a high-speed dash.

I couldn’t resist… wings level… canopy clear of the clouds… I pushed the throttle forward… lit the afterburner for more thrust… wow!

And then I saw the mast of a fishing boat hurtle past… too close…  the top of the mast was higher than me… I traded airspeed for altitude while I contemplated what had just happened and what could have happened.

I knew the clouds weren’t dense enough to support a boat. What I was flying through was a fog bank lying on the water… not very deep fog either. I had to be mere inches above the water judging from the mast of the boat I had just passed.

Somewhere out there is a fisherman with a story to tell about the day he was becalmed in a dense fog and heard a monster roar… like he had never heard before… like he never wanted to hear again.

Maybe he doesn’t want to talk about it. Who would believe him?

I found the tree several years ago and then lost it… Ralph and I looked for it in vain. I didn’t want to repeat the failure this time. I noted several landmarks and included an odometer measurement. I was confident I could bring Ralph directly to the tree.

Ralph Anderson… the big tree guy… and I, headed upriver from Sherar’s Falls, below Maupin, where I had found what I thought might be the largest specimen of Smooth Sumac in Oregon. Normally referred to as a shrub, Smooth Sumac is large enough to qualify as a small tree. Ralph was confident that my find would be a record for Oregon since no one else had submitted a nomination. He would make the necessary measurements to verify my discovery. With luck I might have a national champion.

Visions of fame danced briefly in my mind… “Larry Rea finds Record-sized Sumac Tree” wasn’t likely to be a headline anywhere except in my nature blog. Maybe the announcement might encourage another big tree hunter to find and nominate a bigger tree but more than likely only Ralph and I would care. I would email a few select friends and boast about finding a  champion tree… they might smile and think I’m up to crazy stuff… but chances are finding folks that would care is limited.

Ralph prepared me for reality… “It won’t be a national champion… the tree is more common on the east coast and bigger ones have been found there. Sumac grows along the Deschutes river, the Umatilla river and the Snake River so it is relatively rare in Oregon.

We drove right past it going up river… didn’t see it. Then we turned around and headed down river and I finally spotted the tree. Eureka… I breathed a sigh of relief.

Ralph gathered his equipment and measured the diameter at breast height (DBH)… it passed the minimum requirement. Then the height of the tree… it was tall enough… and the coverage of the canopy… points are awarded in those three categories… the grand total determines the prize winner.

We took plenty of pictures of Oregon’s new champion of the species… Rhus glabra.

For more about Oregon’s Champions: https://www.championtreeregistry.com/oregon-registry/

“Can you tell whether a Starling is male or female? They look very much alike to me.

Erica and I were sitting in our favorite birdwatching perch, the upstairs bay window, currently watching the antics of Starlings.

“Why do you want to know the difference?

“The best strategy for getting rid of Starlings is to concentrate on catching the females. They produce the eggs and the chicks. Catching a male is hardly worth the effort.

“That’s true. If you are keeping score, catching a female is worth eleven points compared to one point for the male.

“The average number of chicks is five and two hatches a season would be ten… plus the female equals eleven. A male is given a score of one… himself.

“Back to my question… can you tell the difference?

“Starlings don’t seem to have a problem…  or maybe that’s why the male initiates nest building and waits for the female to come to the nest… the male doesn’t waste any energy chasing after another male. I want to know if that bird is a female. I don’t want to waste any time on a male.

“That one is a male.

“Some of those subtle differences cross over to the other sex… so 100% is not possible without testing DNA or conducting surgery to examine the sexual organs.

“What are some of those subtle differences?

“The females wear red lipstick… maybe I should say beak-stick because birds don’t have lips… this one has the blue-beak mark of a male.

“The female has a twinkle in her eye… the iris of the male’s eye is not as visible as the female… we need to be less than a foot away to see the iris… that’s close.

“Red beak-stick… twinkle in the eye… Can you give me something easier to see… something more obvious?

“You made that one up…

“No… it’s true. The hackle on the male…  the feathers on the neck… the beard… is nearly half an inch longer on the male than on the female… so, if you see him raise his hackle you can tell…  visual determination of sex depends on the Gestalt of the bird.

“An ornithologist once told me to look at the sum of the parts… the Gestalt… and not at the individual pieces of evidence… one of the parts could lead you astray… but even in knowing all the visual clues mistakes can still be made. Or, you could use the other tactic.

“What’s the other tactic?

“Kill them all. The only good Starling is a dead Starling. Sort them by sex after they are dead.”